I came across an interview on survivorship that I thought was very informative and encouraging to us walking through the healing process.  It is my hope that as the number of survivors continue to grow, more and more resources will be made available.

Here is the link Cancer Survivorship and here is the interview:

Cancer Survivorship: An Expert Interview With Nancy Jo Bush, RN, MN, MA, AOCN
by Norra MacReady
May 28, 2010 — Editor's note: Nancy Jo Bush, RN, MN, MA, AOCN, knows cancer from both sides: as a patient and as an oncology nurse. Her latest bout with cancer occurred in 2007, when she was diagnosed simultaneously with ovarian and breast cancer while working in a women's oncology unit. The following year, after her treatment had ended and her physical disease was in remission, Ms. Bush was diagnosed with posttraumatic stress disorder (PTSD).
In her Mara Mogensen Flaherty Memorial Lecture, which Ms. Bush delivered at the Oncology Nursing Society 35th Annual Congress, held May 13 to 15 in San Diego, California, she described her experience with PTSD and the role that oncology nurses play in advocating for their patients.
Ms. Bush, currently an assistant clinical professor at the University of California at Los Angeles School of Nursing, and a nurse practitioner at Premiere Oncology in Santa Monica, California, spoke with Medscape Nurses about the concept of survivorship and why it is so important in the long-term management of cancer survivors.


Medscape: What is cancer survivorship?


Ms. Bush: Survivorship is a psychosocial concept. It implies that someone can meet the challenges presented by their disease and its treatment. Even if someone doesn't ultimately survive, he or she is still a survivor. The important thing to remember is that the patient becomes a survivor at the time of diagnosis.


Medscape: Why is survivorship such an important topic in oncology now?


Ms. Bush: Survivorship is important because more and more people in this country are surviving cancer. The medical community believes that once you're over the chemotherapy, it's all downhill from there. They don't acknowledge the side effects of radiation therapy, the fear and fatigue involved, and the fact that it totally wipes you out.


People who have survived childhood cancers can look forward to long lives, but they also will have to deal with some residual long-term effects of cancer treatment. And some of the treatments we use are themselves carcinogens. For example, young women who are diagnosed with Hodgkin's disease have a higher-than-average risk of breast cancer because of the type of radiation they receive. So we're saving patients, but the way in which we save them sometimes poses a risk to their future health. Survivorship addresses these issues.


Medscape: What kinds of psychologic issues do cancer survivors face?


Ms. Bush: It has been pretty well documented that some patients who move through the cancer continuum have high rates of anxiety and depression. Depression is one of the psychiatric illnesses that is least acknowledged and most poorly treated in this population.


In survivorship, we also address the psychiatric and psychosocial issues, because there are a lot of survivors out there who need help. Even if you're fortunate, as I was, to have your cancer caught in its early stages, the challenges don't end with the treatment because you still have things that will trigger that anxiety and those fears of a cancer metastasis or recurrence. Once you are diagnosed with cancer, you continue the journey for the rest of your life, because you need to be closely monitored.


Medscape: Tell us about your own brush with cancer.


Ms. Bush: I am a 3-time cancer survivor. The first time was when I was diagnosed with malignant melanoma, when I was 28. The diagnosis came 1 month before I graduated with my master's degree as an oncology nurse. At that time, my fears mostly concerned how I could be a clinical nurse specialist in that field when I was already a patient: How would I know the appropriate boundaries?


My second worry was over starting a family. I'd already had a miscarriage during graduate school, and by the time I graduated, I had been married for 4-and-a-half years and was ready to start my family. But I was told to put it off by at least 3 years because of the hormonal influences on melanoma. So I learned at that young age that your stage of life and your goals when you are diagnosed must be considered when someone evaluates your responses and your coping mechanisms. It's not just coping with the cancer; it's coping with what the disease and the treatments dictate what you can and cannot do.


My most recent journey began in 2007, when I was diagnosed with both ovarian and breast cancer. It was very shocking. Ironically, at the time, I was working as a nurse practitioner in a breast/ovarian clinic. So that set me on another course of 6 months of chemotherapy followed by 2 months of radiation therapy.


My depression and my posttraumatic symptoms hit just when I thought I would be able to go back to my job and function as I did before. I realized that I could no longer do a 2-hour commute, I could no longer work 10- or 11-hour days on my feet, I couldn't think straight. I woke up 8 weeks after they said I could go back to work and I was still bald, and bloated, and so fatigued. It felt as if my whole world had been invaded and turned topsy-turvy. It disrupted my personal life, my occupational life, and my social life. And it doesn't stop.


Ms. Bush: Absolutely. Research on PTSD in cancer patients began in earnest in 2000, when the American Psychiatric Association published the fourth edition of the Diagnostic and Statistical Manual of Mental Disorders (DSM-IV-TR), and listed having a life-threatening illness as one of the diagnostic criteria for PTSD.


One investigator has compared it to the PTSD seen in combat veterans, such as the men and women fighting in Iraq. Whenever they take their trucks out, they never know if they're going to be blown up by a homemade bomb or a roadside sniper. Cancer patients are diagnosed and have active treatment, and then they go into remission, so they are in this quiet, on-guard, heightened alert-to-danger mode. If a recurrence happens, it's like the enemy coming back. Of course, none of us knows when we are going to die, but cancer patients always carry that fear with them.


The National Cancer Institute has stated that approximately 20% of newly diagnosed cancer patients suffer from PTSD. It can be acute, meaning it lasts about a month; it can be chronic, meaning it lasts 6 months or more; or it can be delayed-onset, meaning you can get through your cancer treatment and try to adapt to your new identity or your new life, and then suddenly something will trigger the trauma. I personally was diagnosed with the delayed form of PTSD in 2008.


Medscape: What words of advice do you have for your colleagues who work with cancer patients?


Ms. Bush: I tell general oncology nurses that they are the first line of defense for cancer patients. They can use simple techniques and ask simple questions to find out if the patient is experiencing PTSD. For example, they can ask if the patient is having nightmares or panic attacks during the day, or if they are adapting to the residual effects of their treatment, or if they are easily startled or are sad most days. These are simple questions they can use to perform an assessment, and then refer the patient to someone who can diagnose them accurately, because there are many overlapping symptoms between anxiety, depression, and PTSD.


Medscape: How has your experience with cancer affected other aspects of your life?


Ms. Bush: I am so grateful just to get up every day and think about seeing my friends more often and doing what I can for those I love and who need my help. I feel that if my time is limited, I want to live my best life and find some peace and security with it. I am on a spiritual journey now.
Posted by Kim at 7:03 PM

Very interesting Kim! I never thought about the correlation between the military and what they experience and what we cancer survivors experience. It also helps explain depression. Thanks for sharing this!

I'm grateful the medical community is beginning to focus on survivorship. When people ask me what I do, I say I give the "gift of Survivorship" to every member of the breast cancer family, and as many of your followers know, it is certainly needed. Great post! 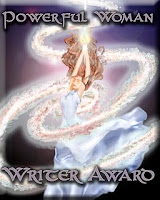